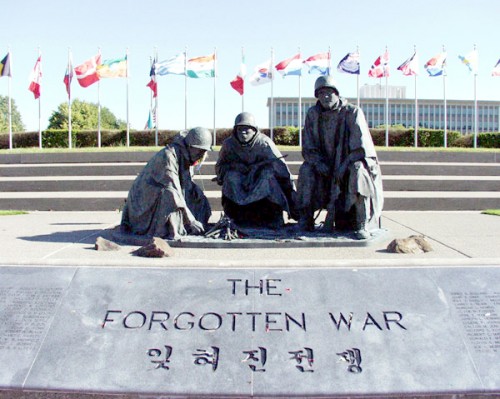 The majority of veterans who served in the Korean War are now in their 80s. The opportunity is fleeting to thank these remaining heroes and their families who served and sacrificed 60 years ago in the “Forgotten War.”

Thirty-three thousand Americans lost their lives in the Korean War, another 100,000 were wounded and 7,000 remain missing in action. Surveys indicate that many school age American youth have never heard of the Korean War. This year, on the occasion of the 60th Anniversary of the Armistice signing that ended the conflict, it is time to educate this young generation. If not now, when?

Last year, Congress named 2013 the “Year of the Korean Veteran,” and the Department of Defense 60th Anniversary of the Korean War Committee has planned “Heroes Remembered” on Saturday July 27, 2013 at 9:30 a.m. EST.

National leaders, veterans and patriotic citizens will attend the ceremony (broadcast live) at the Korean War Memorial in Washington, D.C. with a simultaneous ceremony taking place in Seoul. Both events will feature a special salute to Korean War Veterans, recognition of UN Allies, a ceremonial wreath laying and a symbolic silencing of the guns both in D.C. and Seoul.

If you know a Korean War vet…request a Department Of Defense certificate of appreciation for a veteran or a family of a veteran http://koreanwar60.com/webform/official-dod-certificate-appreciation-form-0