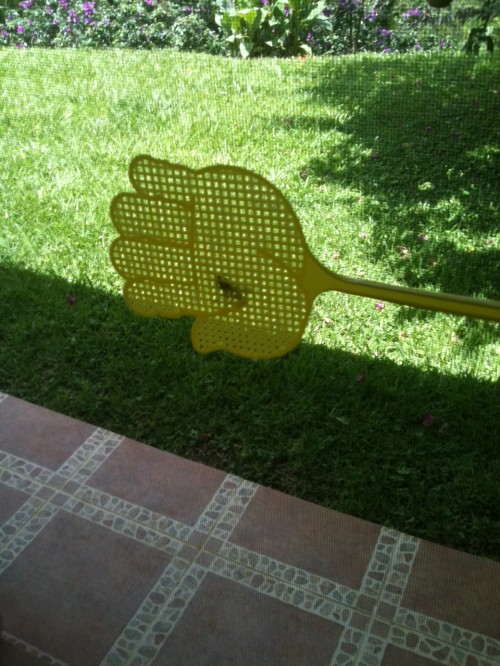 Therefore we have flying critters inside the house constantly. Including:

The ones I can catch, butterflies and dragonflies, get caught and released. Birds are shown the way out via a broom. But pesty bugs get the swat.

Now, I know that picture looks like I am skilled enough to swat them right out of thin air.

That pesky pesty was actually trapped against the screen in the window.

Don’t swat at them when they are on the screens. You will eventually knock the screen out of the opening – door or window.

So I just like to rub them out. Yup. I rub one out regularly.

Rather than kill them with a mighty blow. I just put the fly swatter over them and rub them against the screen.

But it begs the question: if the doors are open all the time, why do we have screens?

If we removed the screens would the pesty bugs fly in the door and out the window?

But if I removed the screens what would I rub out?