Becky Cliffe, fancies herself to be the Lara Croft of Costa Rica.

It’s hard to argue with the life and dedication this young woman is devoting to the study of sloths.

Cliffe has been working at the Sloth Sanctuary of Costa Rica by using the money she raised, she will study the movement of the animals in Costa Rica’s jungles the next few years. 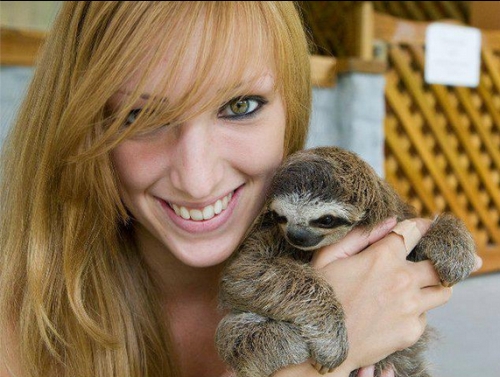 Becky likes the image of being the Lara Croft of Costa Rica, she tweeted from the jungle: “Feeling a bit like Lara Croft today with a machete stuffed down my snake boot!” 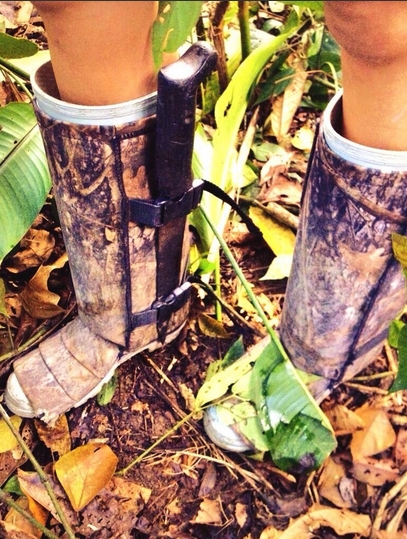 And she told WalesOnline:

“Trekking through the jungle is never easy – in addition to the extreme heat and humidity, I have to be on constant guard for snakes, spiders and scorpions that could cause me some serious problems if I accidentally get too close. And then there are the huge swarms of angry mosquitoes that no amount of repellent will deter. This all quickly fades into insignificance though as soon as I manage to spot the sloth I am looking for, it’s a really great moment that immediately makes everything worthwhile.”

Becky will be studying the movement of Sloths through the jungle via a GPS backpack fitted the to back of Madonna, a new Mommy Sloth.

even with GPS and radio transmitters telling me exactly where she is, it can be impossible to see her through the canopy sometimes! Then out of the corner of my eye, I saw something move. It was Madonna and she had moved to a low down tree. She was acting strangely, and it didn’t take me long to figure out why. She was giving birth

Since very little is known about the movements of sloths, the sanctuary does not release animals into the wild. Cliffe hopes to change that through her studies.

Want to help? Donate here… for $800 you can have a backpack named for you wandering the jungles of Costa Rica… veeeeeeeeerrrrrry sloooooooowly…. and get pictures regularly of where your sloth is hanging out.

Slothy kid?  for sure… in the good way… but she sounds like a pretty awesome Lara Croft too.