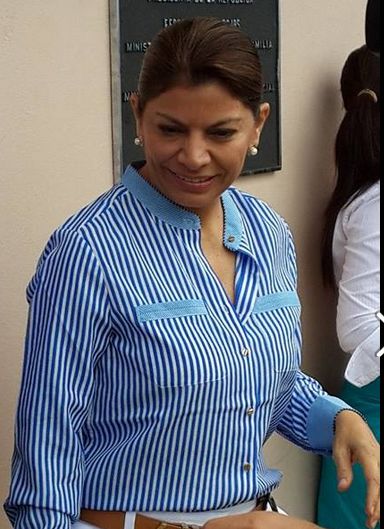 In the old country, if the president was leaving the White House to pay a visit to ANY city, people know about it.

In Costa Rica, President Chinchilla (I’ll miss writing that when she leaves office next year) paid a visit to a small local school and hardly anybody knew about it judging from the size of the crowd.

OR, her record low approval rating was showing.

I’ve “shook hands” with a V.P. (no, not a Van Patten, but Joseph Robinette hisself.) “shook hands” because there were a few hundred of us crammed into an auditorium and I stuck my paw out and he grabbed it with his left hand as he was leaving the building.

I’ve chatted up an ambassador’s spawn.

But I’ve never met a for-real head of gummit.

So yesterday we’re sitting in the car in front of the Barrio Mercedes school (our small neighborhood elementary school) waiting for Marta’s daughter to get out of school and I get out and start chatting with some of the moms. One of them said “Did you notice there is a policeman there and a lot of cars?” Well there were maybe 8 cars parked at the church across the street, including ours, and I did notice there was a policeman standing there which was not normal. Then she said “Laura is coming to inaugurate the new community center.” It took me a while to figure out she was talking about PRESIDENT LAURA CHINCHILLA. Of course I thought she was kidding and I kept punching her in the arm and laughing about it. Karen came out and we got in the car and then came a COSTA RICAN PRESIDENTIAL brigade, lights flashing and her car drove right in front of us and pulled in at the building next door to the school!!! I was speechless! She got out and we did see her although I doubt you can make her out in the group of people in front of the building. She’s in a blue dress. Marta said we could have walked up to her entourage and asked to meet her and they would have let us!!! Dorothy, we’re definitely not in Kansas any more!

Yeah, how cool is that?

President Chinchilla was a few miles from our house opening a child-care facility that was funded partially by a government grant and we didn’t have a clue until Joni put it on Facebook. Probably if I watched spanish tee vee or listened to spanish radio I would have known of her visit. 🙂

Joni has video. (I’ll update this if she sends it too me. )The motorcade was a couple of SUV-type vehicles that gummit officials love, a couple of cop cars, a fire department vehicle and not much else. 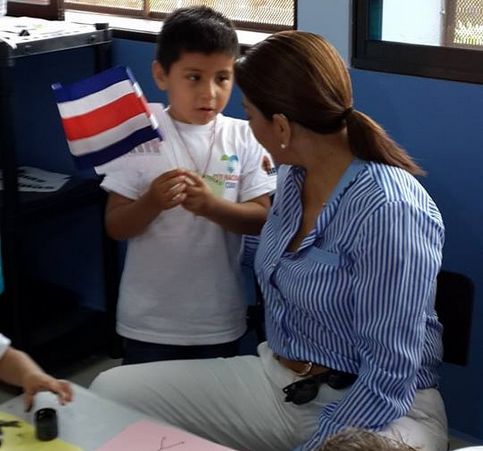 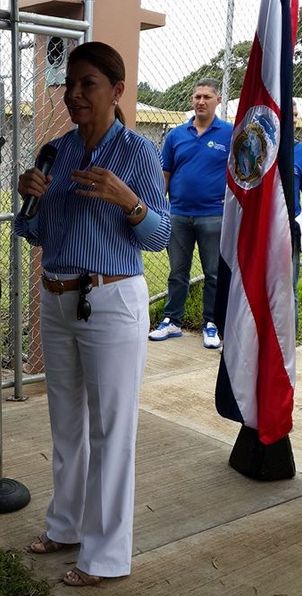 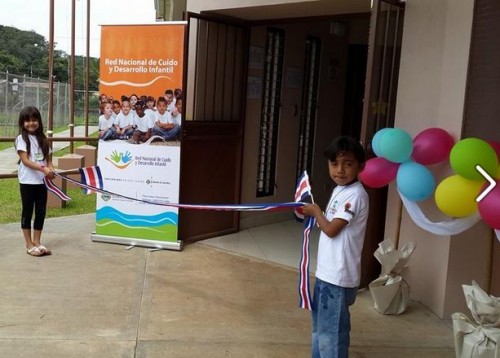