The financial crisis that started in 2008 gave rise to extraordinary scenes of banking employees literally walking out en masse carrying cardboard boxes filled with their possessions. The impact on employment in the sector was profound, and the industry continues to downsize. For example, Reuters estimated in November 2012 that the industry had shed no less than 160,000 jobs globally since the early part of 2011. This was based on an analysis of job cuts announced at 29 major banks during the two- year period. Reuters stated that the estimate was likely to be conservative, given that it did not include cuts taking place at smaller banks and brokerage houses with less of a public profile. 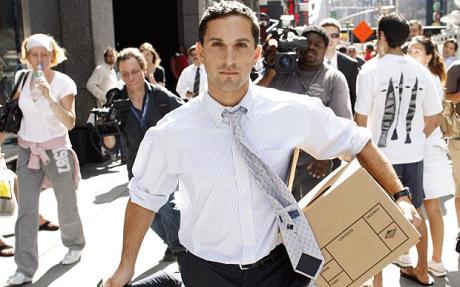 Considering the huge pool of experienced employees that have been laid off, you would think that banks would have very little problem recruiting new employees when they do have openings. However, this does not appear to be the case. Many of those who were laid off are still looking for work, but it seems that the skills that the banking sector needs have changed significantly since the start of the global recession.

According to Lee Slater, who heads up talent acquisition at Standard Chartered,

What that means in practice is that banks are looking outside of their former employee base to find candidates who are able to work effectively with local cultures and display a greater ability to create relationships quickly. Because of this, banks are turning increasingly to sectors such as retail and e-commerce to find candidates to fill their positions. This is putting them into direct competition with companies such as Facebook, Amazon and eBay – and it turns out that they are losing the battle for candidates in many cases.

At the same time, banks do need candidates with extensive international experience and the ability to think globally. This restricts the pool of talent that they can target even further. The situation is made worse by the banks’ increasingly focused requirements – for example, when recruiting for a position in a local market, they may look for someone who has done exactly the same role in the same region. Through this blog to discuss career-related developments you can see how the market is evolving from this position.

One of the ways that banks are responding to this challenge is by recruiting talent internally. There is an increasing drive to combine professional and technical training for employees with on-the-job experience that allows them to develop the soft skills which are now in demand. Employees are also sent on many more international assignments than they were prior to 2008, allowing these critical skills to be redeployed around the globe. Obviously, this is one of the key reasons why banks are now looking for people with the ability to adapt to local cultures and create strong customer and working relationships.

There has also been a significant shift in the specific functional talents that are in demand. For example, operational capabilities have been deemphasized and people with these skills are struggling to find positions. On the other hand, there is much more need for employees who understand compliance and risk. There is now an unwavering focus on governance in banks, given some of the spectacular debacles that have taken place over the last several years. These have included serious problems with rogue traders, as well as well-publicized attempts to manipulate the LIBOR rate. Banks are also looking to crack down on money laundering and related financial crimes, given a regulatory environment that is increasingly strict when it comes to these offenses.

So, what does this mean for the individual candidate who is looking to secure a position with a bank? In a nutshell, candidates need to be able to demonstrate that they have the qualities that will help banks to succeed in this new reality. Yes, they need to have applicable experience and functional skills, but they also need to be able to take an international perspective while being able to adjust quickly to regional cultures.