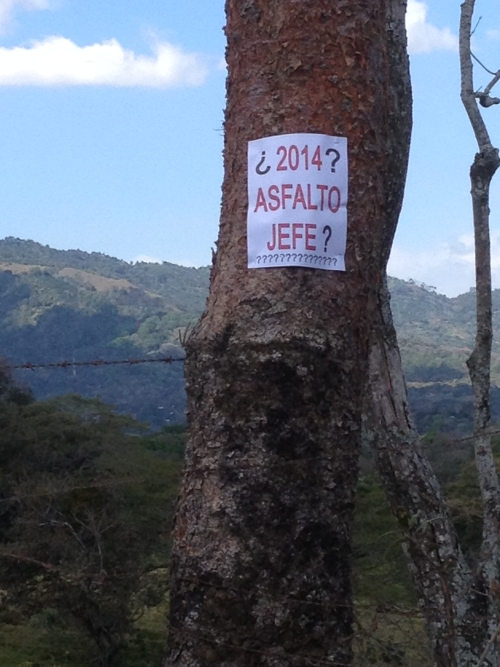 As a child of the Sixties… it’s been far too long since I was involved in a protest.

The Québécois and I are joining forces in protest over the lack of progress toward improving Costa Rica National Highway 707.

Thirty months ago when Nancy first saw what eventually was to become Sedolsoder, our new home in Costa Rica, there were rumors and promises that the dirt/gravel/stone road would be paved. After all, the conventional wisdom went, President Chinchilla had family ties to Escobal – the little community just down the “highway” from our house. If things held true to form, she would reward the residents of the area with a major road improvement. 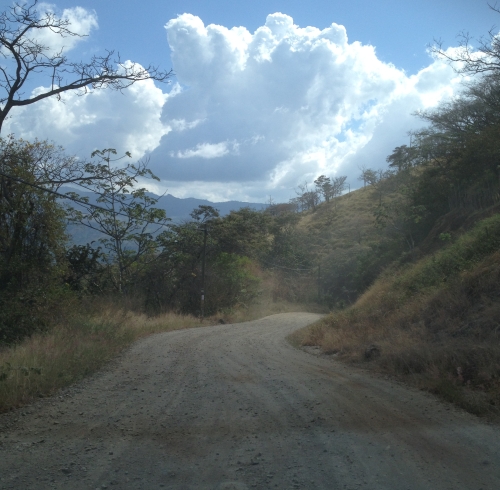 Living on a dirt road isn’t a huge drawback to us. The car is never clean, but the only reason the cars I drove in the U.S. were clean was because I could pay $3 and drive through a washing machine.

But, there are advantages to living on a dirt road:

But the French-Canadians that live near us are mounting an assault to have the road improved. In a country where political protests are as common as potholes, the protests about Costa Rica National Highway 707 have begun.

Asfalto is spanish for asphalt. Jefe is one of those all-purpose spanish words… it can mean:

If the signs don’t work, I’m gonna call in the big guns to march and block the highway from here to Atenas! 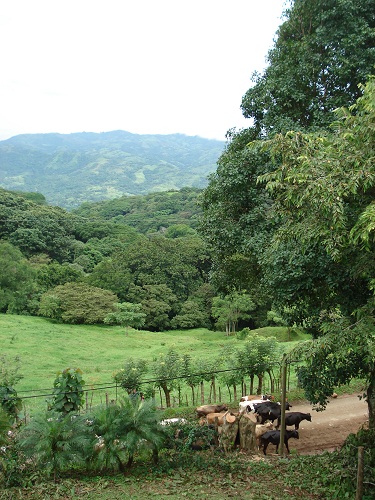