↓
Pardon me, while I doff my Minister of Tourism sombrero. I try to avoid gushing about Costa Rica too much. It’s not paradise, don’t let anyone kid you.
Anyone that claims it’s paradise is a tourist.
But when it comes to nature, it’s pretty darned close – sez me.
Unless you have been to Costa Rica, it’s hard to appreciate the extraordinary biodiversity of the country. Costa Rica is home to a staggering 500,000 species of animals and plants – almost 4% of the number of species in the entire world. Insects are the most numerous – there are about 300,000 species of these – but the number of mammals, amphibians and reptiles is also staggering. When you consider that Costa Rica is only about 0.3% of the total land area of the world – about the size of West Virginia – this is an astounding level of biodiversity – in fact, for its size, it is the most biodiverse country in the world. Not only that, many of the species in Costa Rica are found nowhere else on the globe. For this reason, no less than three areas in Costa Rica are UNESCO World Heritage sites, and another two are currently under consideration. 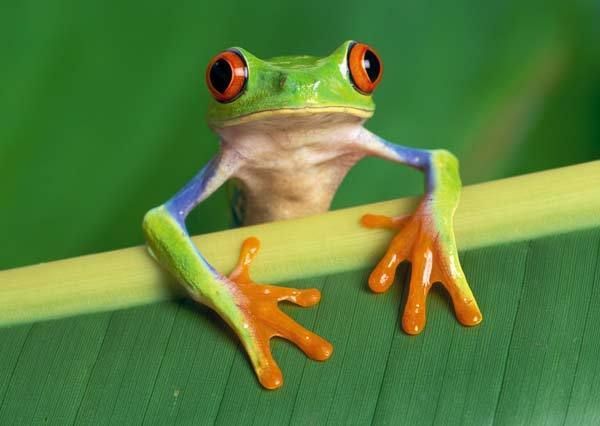 One of the true wonders of Costa Rica is its frogs. These make up about 85% of the 175 amphibian species in the country. The variety and beauty of these is unparalleled anywhere else in the world. Many of these species – such as the red-eyed tree frog – actually live in the trees, making access to water difficult. However, different species come up with unique solutions to solve this problem – for example, some lay their eggs in damp soil, while others use pools of water that accumulate in the flowers of certain plants. Some of the most colorful of all the frogs in Costa Rica are the poison dart frogs – these come in patterns that include vibrant yellows, stunning blues and fiery reds. In fact, the strawberry poison dart frog can actually change its color, from red and blue to green and black and then to dark blue. The colors are a warning to predators – poison dart frogs are incredibly poisonous, although they get the poison from the food they eat, rather than making it themselves.
So far, we have only come in contact with the Cane Toad – and that happens on a regular basis. No poison dart frogs yet.
There is also an abundance of mammal species in Costa Rica – in fact there are almost 250 different mammals in the country. Some of these are familiar – for instance, Costa Rica is home to the whitetail deer, which is as shy as it is in North America and therefore best observed and photographed using a deer blind from a manufacturer such as Redneckblinds.com. Others are more exotic, such as the three toed-sloth – which lives up to its name by sleeping for up to 18 hours a day and only descending from the trees about once a week to relieve itself. There are also a huge number of bats species – these make up more than half of the mammals in the country, and range from tiny Honduran white bats through to the enormous spectral bat, which can have a wingspan of up to 3 feet.
We do have regular visits from different monkey species. I’ve spotted a couple Coatis in our neck of the woods too. 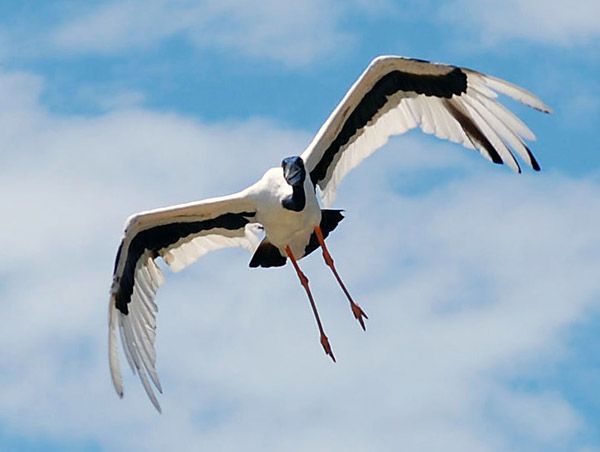 Finally, I’ve been told Costa Rica is a birdwatcher’s paradise. There are nearly 900 different species of bird in Costa Rica, some of which are unique to the country. Again, the variety of sizes and colors is astounding – there are hummingbirds that weigh less than a 10th of an ounce, and huge birds such as the jabiru that can have a wingspan of more than 9 feet. Costa Rica is also home to the king vulture – the largest of all the vultures aside from the distantly related Andean condor and California condor.
Removing tourism sombrero… returning you to your regularly scheduled activities.