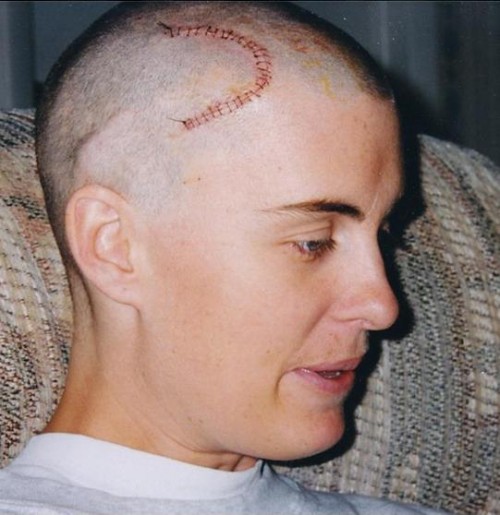 Our oldest daughter, Amy (aka Bulbous says her hubby St. Todd de Cubbville) had a brain aneurysm a bunch o’ years ago. This triggered a series of brain operations to fix her head. Above you can see the bump for a shunt to drain fluids out of her noggin that they installed in one of her surgeries.

The past few years, she has complained of sometimes being “groggy” when she wakes up. After tinkering with meds and stuff the docs agree that it’s time to get serious about diagnosing what’s going on inside her bean.

So she will be admitted to Tampa General Hospital and her brain will be hooked up to monitors and the docs will attempt to trigger her “groggy” feeling. We’re actually hoping for a major brain fart to give them a clue how to treat her.

Because they want her to be under constant observation (aside from video monitoring) I’ll be visiting and staying with her the first few days before St. Todd de Cubbville takes over. Then I get relegated to dog-sitting.

Found out today, I will be staying in the same room with  her at Tampa General. We both use CPAPs, so Bulbous put it… we will be Roomie Hosers.

Nancy’s advice: be sure to put the seat down. 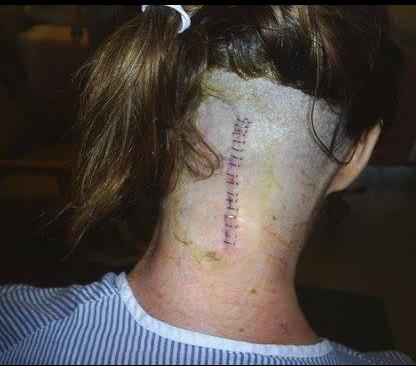