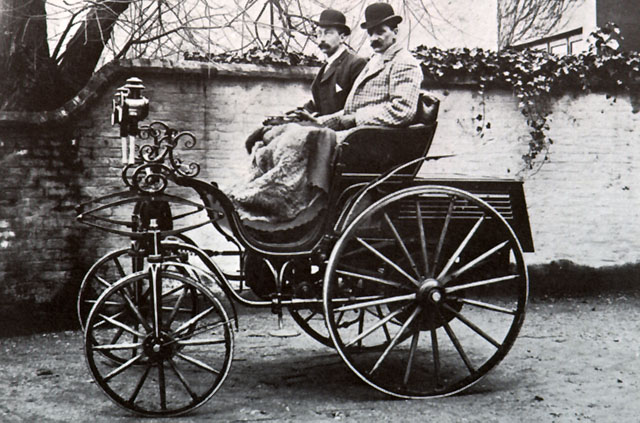 Google is innovating car design and recently showed off their efforts to the general public. Mostly they choose boomers to take the first ride in a car with no steering wheel.

The boomer reactions were as expected:

Here’s a sad reaction… “it actually rides better than my own car.”

Why is this sad reaction? Because it illustrates that this innovative car was conceived, designed and built by Google – not a car maker. And apparently they are getting it right.

I’m not a small-government-is-always-better kind of guy. But the government got involved in the car business early on and killed any incentive for innovation.

Remember the story of the Tucker?  A car with a lot of ground-breaking safety and engineering designs that the government along with the existing auto makers of the time conspired to kill off.

Remember these other “features” of cars that the government regulated out of designs?

The government involvement in car design started in 1955 with a report written to the Surgeon General. Cars were steadily getting safer and more reliable before then. The market was working. Some safety features were accepted and adopted by the driving public, others were not.

Every time the government meddles to make a car safer, the manufacturer has to redesign and retool. Add government regulating safety AND fuel consumption and you have recipe to kill innovation. I’m sure there are innovators in the engineering and design departments for auto-makers. But overall, the guidance from government is to make a car safer and use less fuel.

Chris Ursom is one of the lead designers at Google…

We’re building these vehicles because we want to really understand what it means to have a self-driving vehicle. There’s kind of basic things that are in a car, right? So the steering wheel, you know, if you can get in a vehicle and say, I want to go to grandma’s house, why do you need a steering wheel there, right? It’s just superfluous.

It’s sad that Google is the innovator in car design because they didn’t have to deal with the government in the early stages. But eventually, Google will run into government intervention. Let’s hope the Google Driverless Car doesn’t meet the same fate as the Tucker.