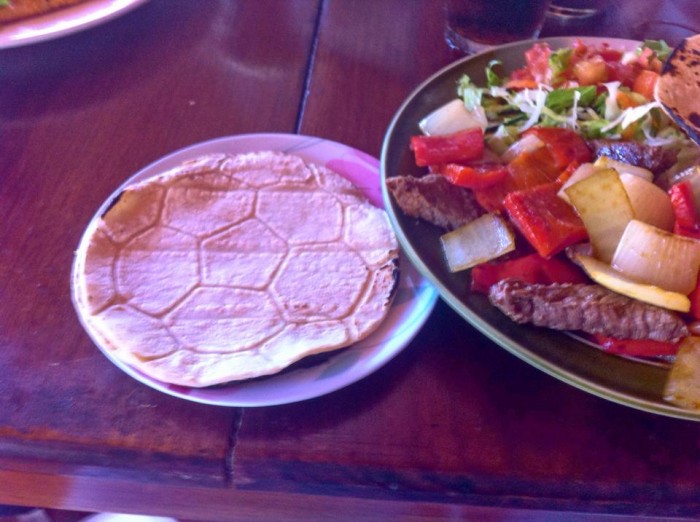 Thanks Pat for the image: michunche.com

For a country like Costa Rica to even qualify to play for the World Cup is unusual. The last time they qualified was 24 years ago. So some of the country’s most ardent supporters weren’t even alive to see their national team IN the World Cup before.

And then win another.

And make it out of the “Group of Death” into the final sixteen knockout round.

In Atenas there are soccer fields all over town – and almost always there is a ball being booted around. There is an indoor soccer field. (As you can tell, I’m not a soccer snob: a snoccer… so I call the game soccer, not futbol, and the playing area is a field, not the “pitch.”)

In Guacimo, the kids put coconuts in the road to make a “goal” and play on the paved section of the road.

The first game of the World Cup I was in town for chores and everywhere eyes were glued  to a television set. Businesses of course, but even the school behind the church had moved a teevee outside so the rabbit ears could pick up a better teevee signal. I learned a little bit about the game by watching them watch the game. When the Costa Rica team got the ball past mid-field they would stand up. During corner kicks they tooted their horns and yelled. If a play developed in front of the goal – pandemonium. 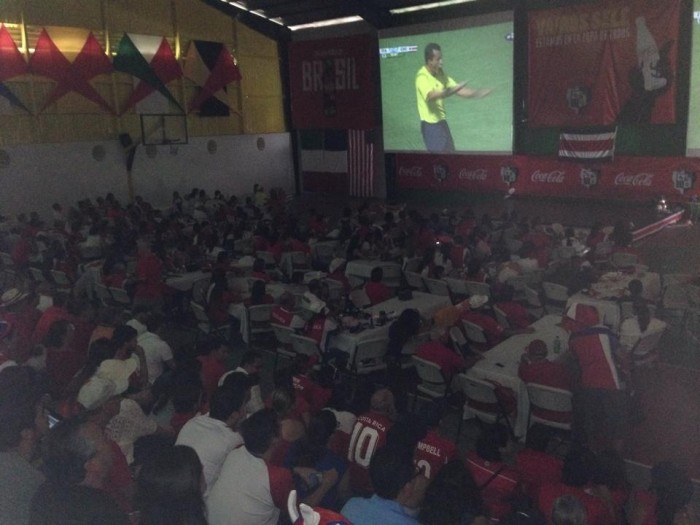 People all throughout the town were dressed in Costa Rica’s uniform… lady pharmacist, babes in arms of Dads had matching shirts, young kids, old kids, young and old men and women showed their excitement by dressing in the team uniform.

The day of the second game, I needed an oil change so I showed up about 9:15 – game time 10 am. My oil change was done promptly and immediately at 10 am – all the workers gathered in front of the small teevee. With much fanfare, one of them produced a Costa Rica flag and draped it over his head and around his shoulders, another put on a wild clown-hat with the country’s colors. The others got very animated in their conversations. I left them to their fun.

After each victory the streets filled with people celebrating wildly.

During the third game, which was meaningless because the team had qualified to move on to the round of sixteen, there still was a lot of cars honking their horns and people cheering after the game ended in a tie with England.

In other towns, giant screens were set up where people gathered to watch. In Alajuela there was a giant screen in the park, in Escazu the upscale Multiplaza Mall had TWO giant screens set up. 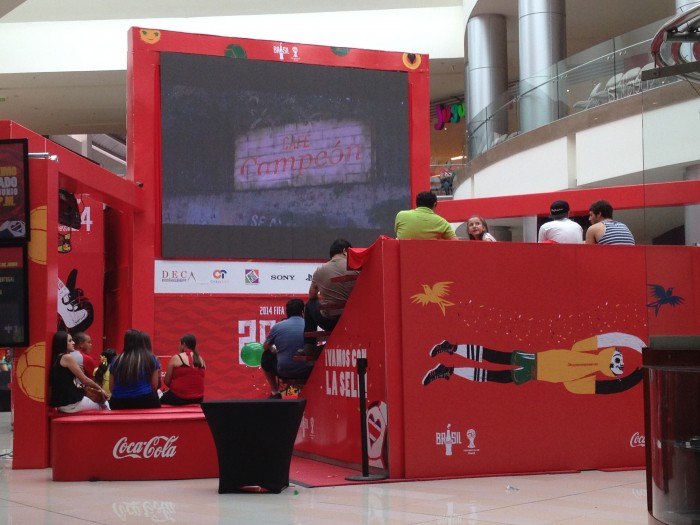 It’s been fun to see virtually an entire country unite behind one team playing on the world stage. For those of us who have never watched an entire soccer game, watching the Ticos watch the Ticos has been a treat. 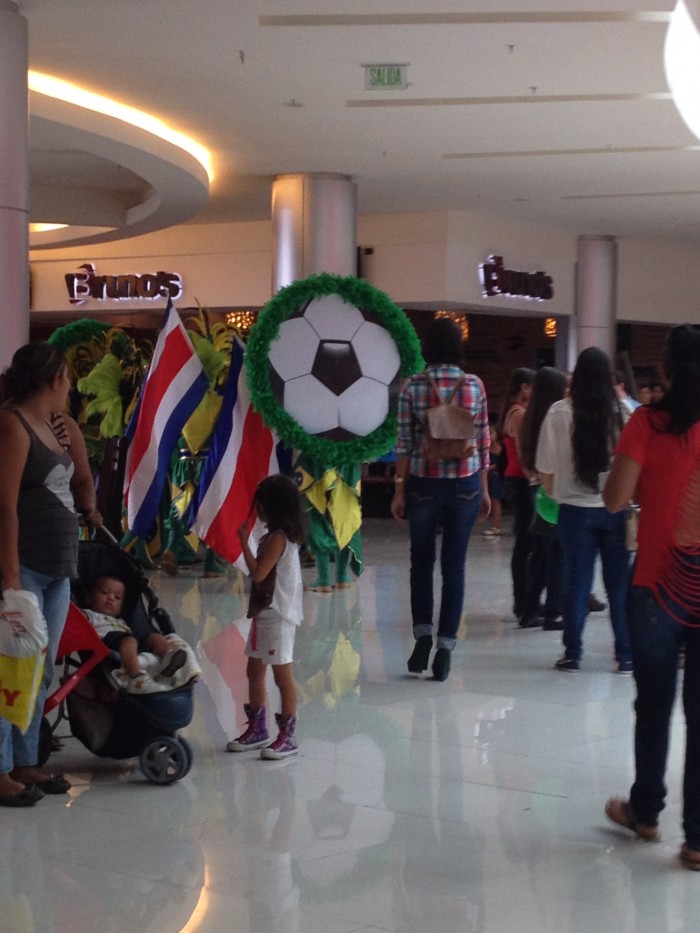 The next game is Sunday. If Costa Rica wins, you WILL see the celebration on your local news. I’m glad I got to experience World Cup fever in person.