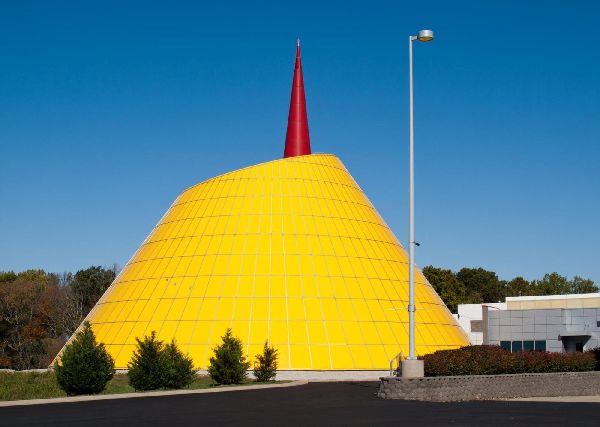 The National Corvette Museum in Bowling Green Kentucky has decided to embrace the flaw that opened up a giant sinkhole underneath the signature main spire and cone structure.

Hoping to capitalize on the giant hole in the ground in the same manner as the Leaning Tower of Pisa, the Sphinx with a missing nose, the Liberty Bell with a crack, and the cracked observation deck floor of the Sears/Willis Tower, museum officials are hoping the unrepaired sinkhole will draw thousands of earth-lovers to the automotive museum located not too far from the Creationists Museum and the Bourbon Trail.

The National Corvette Museum is asking the public for naming rights or sponsorship or marketing ideas for the sinkhole.

Museum officials also announced that HOLE, starring Courtney Love, will be reuniting for the ground-breaking of the ground breaking hole.

So far, here are the front-runners for the naming/sponsorship/marketing of the sinkhole: