My friend, and Corvette builder, Jim told me the last time he visited that our road was “chewing up my tires.” 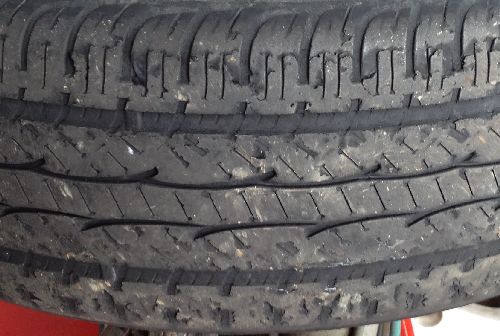 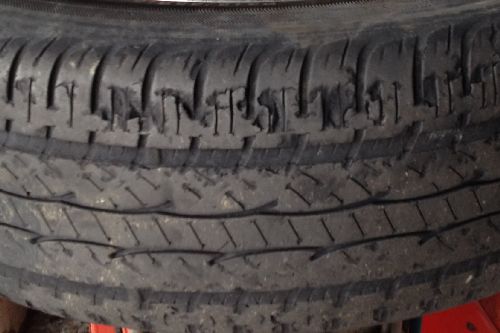 I bought four new tires, on June 11, 2013… didn’t note the mileage, but I promise you the above tires have only a few thousand miles (if that) of wear.

I saved the paperwork for the 48 month “guarantee” but didn’t expect much in the way of an adjustment. Yes, it was for 48 months with no limit on mileage.

I wasn’t disappointed, I got nada.

The tires were bought from Pricesmart. PriceSmart Inc. is the largest operator of membership warehouse clubs. The Price Co. and Costco Wholesale Club merge, forming Price/Costco Inc  so I was hopeful they would honor their written guarantee and at least give me a discount on replacing the tires.

I was lucky that a gringo who was fluent in Spanish was standing at the counter the same time I was. He translated for me. First they tried to blame me for not bringing the tires in sooner so they could make an adjustment. I told them I just noticed the tires falling apart last week. (True.)

Then they asked me what kind of road I drove on. Being an honest guy at heart, I said we lived on a dirt road. In a nutshell, they said the tires were designed for highway driving not off-road.

My new gringo friend lobbied on my behalf to get an adjustment… including using a Costa Rica phrase that roughly translated meant if you don’t shed tears, you don’t get help… they laughed, but stood firm.

Because I drove my car on a dirt road, they refused to honor the written guarantee.

I agreed to their offer… and then they said they only had ONE tire of the right size.

So we left and went the AutoPits store and retired.

Loved their waiting room chairs. These are the most comfortable chairs in Costa Rica. 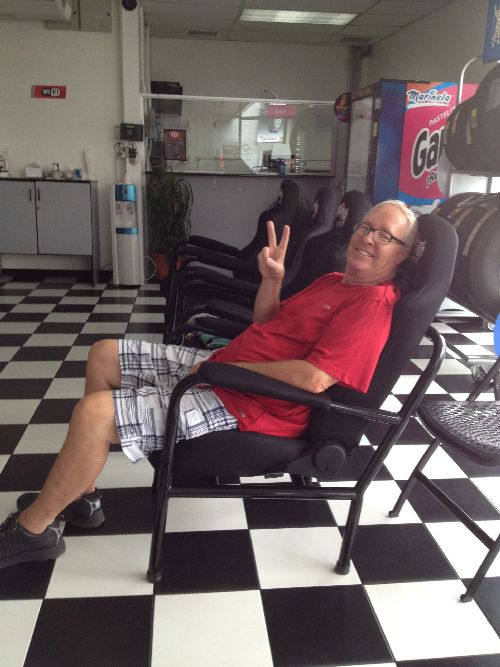