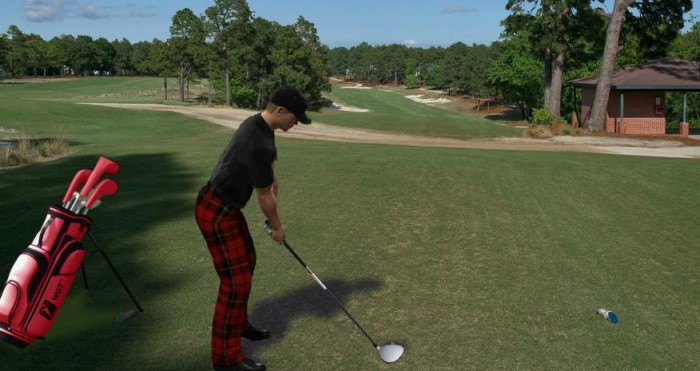 Earlier this year, a report from The Guardian claimed that there’s a rise among what they call “Silver Gamers,” otherwise known as video game enthusiasts who encompass the entire age group known as “older people.” But while “younger people” might be playing purely for entertainment purposes, silver gamers are experiencing an additional positive side effect.

The article cited a study from the University of California—San Francisco, which found that “60-year-olds who played a custom-designed video game for 12 hours over the course of a month improved their multitasking abilities to levels better than those achieved by 20-year-olds playing the game for the first time.” Not only that, but it noted that “the subjects retained those improvements six months later.”

Now, while I can certainly see how some games would appeal to geezers let’s be honest: the games they’re talking about are not complex adventure/shooter console games. I’m pretty sure the majority of those who served and/or lived during the Vietnam and Gulf wars, among others, are not interested in reliving the experience through war-themed games.

The language in the games can be pretty rough too. I do not have the patience to deal with a bunch of kids telling me that they’ve done derogatory things to my mother over a headset. Saying those things to anyone, let alone someone over 60, isn’t clever—it’s just disgusting. At least have the decency to come up with a good “you’re mama” joke.

So what games are geezers more likely to play? According to Slate over a third of older adults claim to play some kind of digital game at least once a week, with 17% reporting that they game every day.

One of the most common types of games reported among the survey group were motion-detecting sports games, specifically Wii Bowling, of Nintendo’s Wii Sports. Although the writer at Slate said that seeing their grandmother play the game well would be “downright laughable”—and yes, they said they welcomed comments on their blatant agism—information from Research Digest said that playing group games like Wii Bowling with one another helped those surveyed stay socially engaged. Also, they were less likely to report feeling lonely or isolated.

In addition to sports, they also found that a large portion of Baby Boomers were drawn to card games. And when I say cards, I don’t just mean Gin Rummy. Table games and slots have become increasing popular among older gamers. Quartz writes that slot games have become very popular among the age group in Japan. Most of the thanks goes to the increased availability of the pinball-slot machine hybrid game Pachinko, which could make Japan the third most successful gambling market in the world.

Personally I’m not a fan of casinos, but I do enjoy being able to play casino games from the comfort of my own couch. The casino slots at Betfair are particularly convenient for this, not only because can players access them anywhere, but they’re ideal for those on a fixed income. For those who enjoy playing but don’t always want to take that risk, you have the option of a “just for fun” mode, where one can play without putting any money at stake. It’s certainly something they wouldn’t be too fond of offering us older folk at any physical casino, that’s for sure.

As much as it may seem cliche, the most popular game reportedly enjoyed by Baby Boomers are puzzle games. Games like solitaire and Bejeweled are two favorites, especially when played on tablets or handheld devices. Driving that point home was Sharp Games, who said said that their game sales account for half the market. They also claimed that “Perhaps in anticipation of the wave of boomers, the Centers for Medicare & Medicad Services recently began accepting comments on a proposal that could lead to reimbursements for some costs associated with brain games.”

Yeah, a lot of the games people our age are interested in probably sound simple to the younger crowd, but hell, at least they have the potential to help keep us sharp—something that the brat with a username like YoLoBiTCheZ9573 probably can’t claim. But then again he’s probably too busy coming up with witty ways to inform other users of the fact that he’s porking their loved ones.