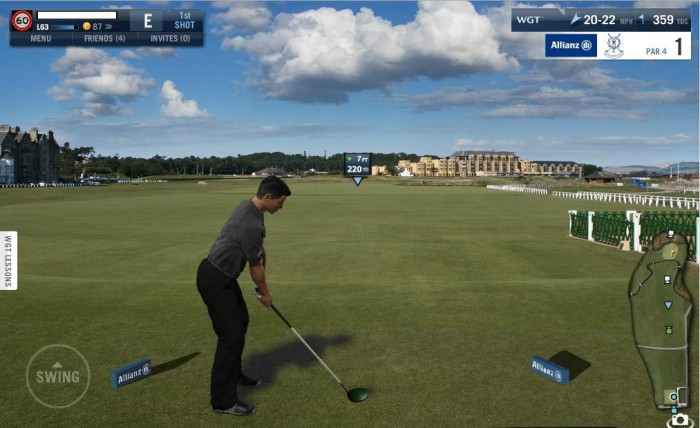 I’m kinda hooked on a computer game – that isn’t Angry Birds, or Candy Crush, or Words With Friends, etc. etc.

It’s fun. There are world-famous golf courses that can be “played” as a single player, match play, stroke play, team play, and so forth.

As with real golf it has it’s down sides.  Mostly, you have to spend money to buy the best equipment or your game will be stuck in low gear. I don’t spend money to play a computer game.

AND… as I found today… there are TROLLS that play golf – on the computer as in real life.

When I started a match with AlexPKeaton1, I commented in the chat that I remember Alex P. Keaton… 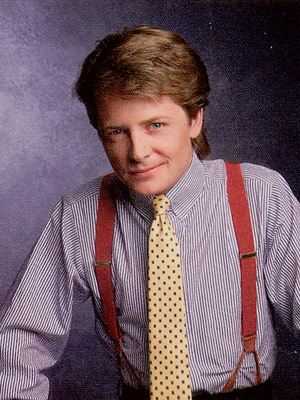 Michael J. Fox played Alex P. Keaton on Family Ties, and apparently before Parkinson’s Disease put him on the sidelines, he enjoyed a round of golf. 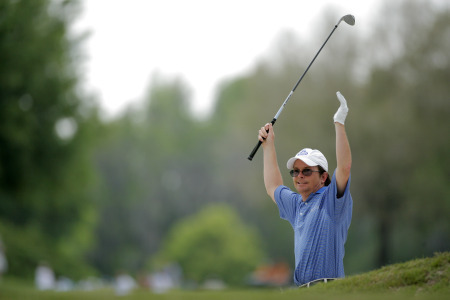 Anyways…. after my comment about remembering Alex P. Keaton, the person behind the name responded.

I don’t talk to losers.

So I closed the chat box and went on with the game.  From time to time I would open the chat box to see what the Troll was regurgitating.

Here’s a sample from the last hole… where he was so busy typing he forgot to play the game. 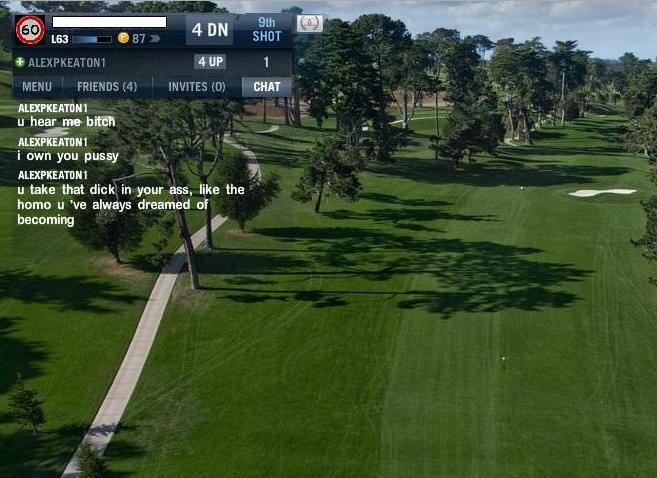 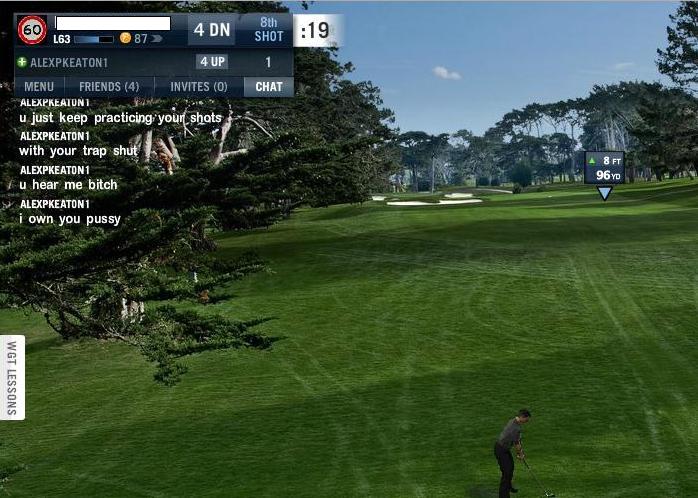 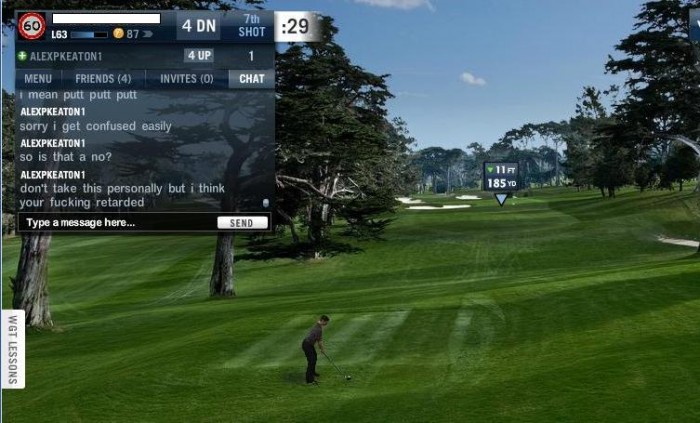 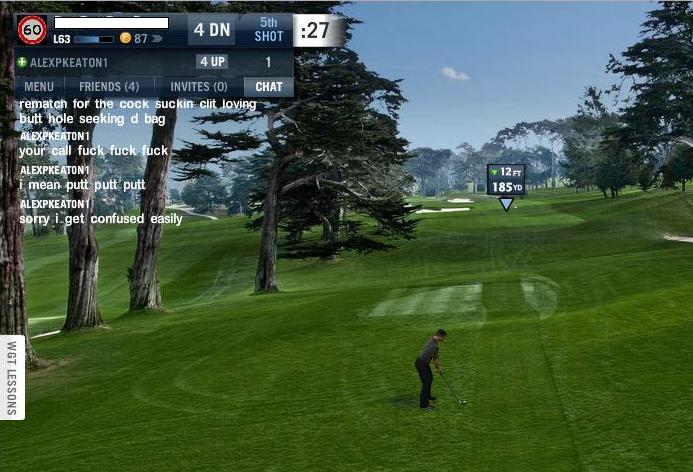 He beat me soundly. It was match play… that means low score wins the hole… in a nine hole match like we were playing, winning four holes meant you win the match. He won the first hole outright and the Trolling began.

So as in real golf, I found it to be more irritating to the Troll to play when I played as slowly as possible… there is a countdown timer that starts at :45 seconds. I took 43 seconds per shot. Usually “hitting” the ball just a couple yards at a time. There is a ten stroke limit per hole and I used them all. At the final hole (#5 on the course), I quit the game… meaning he had to wait two minutes to collect his “victory.”

And that was my entertainment for the day. 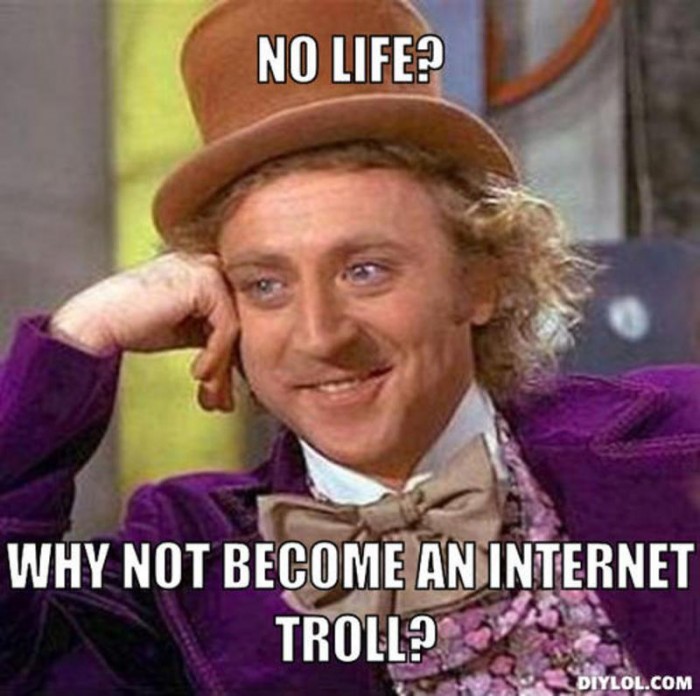