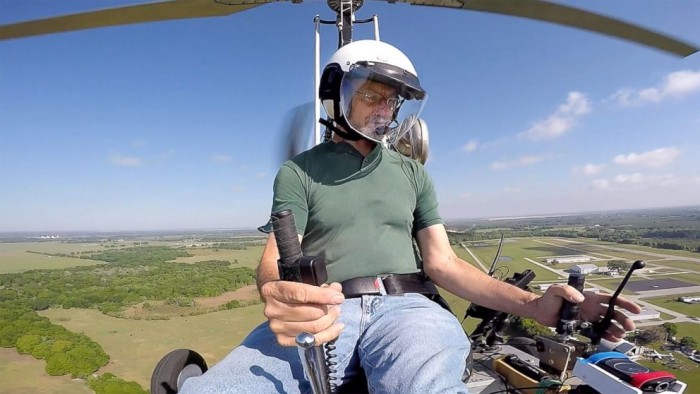 To a lot of Baby Boomers who grew up in the times of non-violent civil disobedience, Doug Hughes maybe a hero.

Voters are going to quit being played like suckers with divisive hot-button issues and come together on a single issue. Honest government. Congress won’t start working for you or me when their big paycheck is from big business. Lobbyists, Special Interests, Unions. We have to make this happen. The political parties won’t. Congress sure won’t. Lobbyists love the status quo. The mainstream media (not the local media) is making a financial killing with mega-elections. It’s up to us.

He honestly believes that if campaign finance reform is not embraced and enacted, the democracy is threatened to become an oligarchy – where the rich rule.

The conversation he started has centered around the lack of security in what was supposed to be the most secure airspace in the world. But over time, the conversation must move to his motivation.

In 2013, Hughes began talking and writing about how he could get his reform message across in a way that couldn’t be ignored. He bought a 250-pound gyro-copter — a mini-helicopter that carries a single person for relatively short distances — and began planning how to fly it to Washington so he could deliver letters to all 535 elected members of Congress.

The operation, which he called Freedom Flight, was no secret.The post on The Democracy Club announcing the scheme is dated Sept. 16, 2013. He told The Tampa Bay Times all about his plans — and the Secret Service said Wednesday it even visited him at his home in October 2013.

His goal is campaign finance reform.

As I see it, campaign finance reform is the cornerstone of building an honest Congress. Erect a wall of separation between our elected officials and big money. This you must do — or your replacement will do. A corporation is not ‘people’ and no individual should be allowed to spend hundreds of millions to ‘influence’ an election. That much money is a megaphone which drowns out the voices of ‘We the People.’ Next, a retired member of Congress has a lifelong obligation to avoid the appearance of impropriety. That almost half the retired members of Congress work as lobbyists and make millions of dollars per year smells like bribery, however legal. It must end. Pass real campaign finance reform and prohibit even the appearance of payola after retirement and you will be part of a Congress I can respect.

He non-violently performed an act of civil disobedience to draw attention to a threat to the democracy.