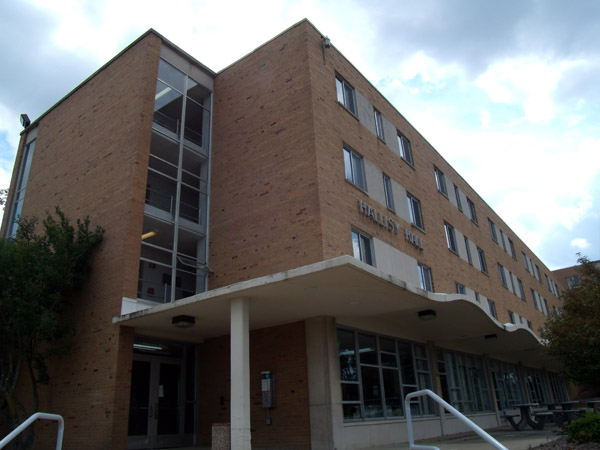 I’m enjoying the Twitter a lot these days. It’s enabled some intercourse with people who I’ve never met face-to-face. AND BTW, aren’t you glad they call it Social Media rather than Social Intercourse? Anyways…

As I’m scrolling through the Tweets today, this pops up:

Top 10 reasons to live on campus at Ferris: https://t.co/SU3onSHyTg @FerrisHousing

I thought the dorm featured in the video looked familiar.

Hallisy Hall was where I lived for the two best years of my life. Ferris State College Class of ’69.  I lived there in 1966-68. At the time, it was one of the dorms with larger “suites.”  Two dorm rooms attached by a bathroom. I had one roommate and two “suite-mates.” I remember getting funny looks when I referred to my “suite-mates.”

My first stay at Hallisy Hall, I roomed with a Resident Assistant (RA.)  It was supposed to be a temp assignment until somebody dropped out and I could move in with another freshman.  It never happened. Probably was a good thing because he was older, more responsible, and more mature. Role model, and all that.

I couldn’t wait to get out of there.

There were no co-ed dorms at Ferris State College (now Ferris State University) so it was a building overflowing with testosterone. One of the features that made Hallisy Hall desirable was the fact that our meals were eaten in the Student Center (other colleges would call it The Union.)  There were three other dorms that ate in the same place – all females.

Not that was important to me, because Nancy and I had a “thing.” She was attending Western Michigan University about 100 miles away.

The guys that lived in Hallisy Hall did our best to knock it down.