The rainy season has begun in Costa Rica, although we have gone five days without a shower. But when the season’s change the bugs change too.

Soon after the first rains, we get a hatch of small “flies” (not a typical housefly) from one spot on the ceiling. Thankfully they only hatch out at night and die by morning. This mess only lasts 2-3 nights and they are gone. 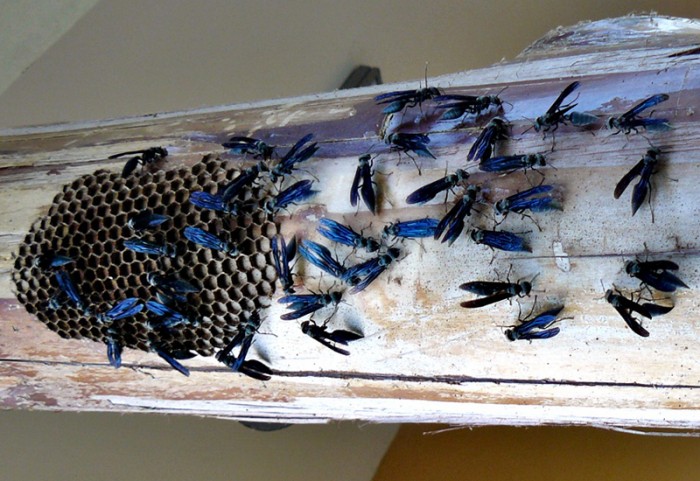 We are entering the time when “wasps” (not aggressive) like to start building their nests (borrowed image)  I do a perimeter walk regularly and kill the suckers before they have a chance to build a nest anywhere on the house. Our gardener also looks in the bushes for nests and exterminates them.

HELPFUL HINT I HOPE I NEVER NEED: Mario (gardener) says that if you put urine on the wasp sting it removes the pain. I know you pee on jellyfish stings to get rid of pain, so I’m guessing it might work. AND by the way… who was the first to decide that peeing on a sting was a good thing?

I heard from somebody that Army Ants are “in season” too. Pretty freaky when NatGeo explains how the tear apart things and dissolve them to digest.  Luckily the times the ants have visited us they were on a trek to better hunting and just moved across our rancho and into the lot next door. It’s another instance of “this too shall pass.” 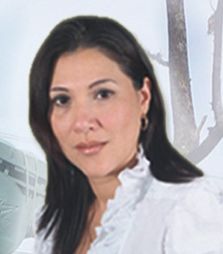 The mayor of Atenas has bugged a few people recently too thanks to Facebook. The mayor parked near a handicapped ramp.

Someone reported her and the local meter maid called for a tow truck to haul her car away. (They don’t mess around with parking violations here!)

At a later date, city workers showed up later to remove the ramp.

Our friend Yadixa (in the picture) said that the ramp was poorly constructed (too narrow) and was removed and will be replaced. 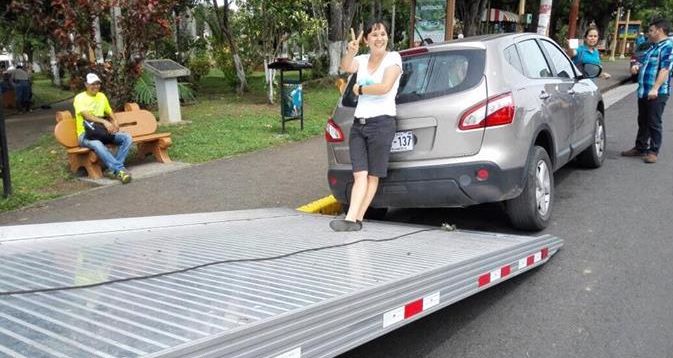