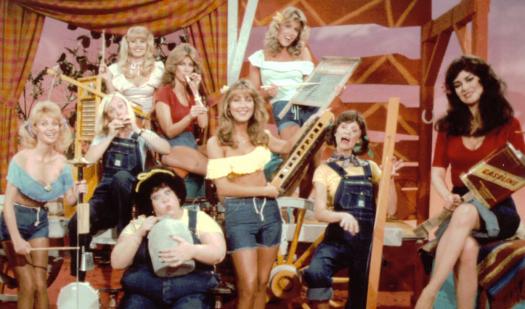 We’re big fans of streaming TeeVee on Netflix. We often choose what we are gonna watch based on the series or number of episodes available.

Netflix is recommending a lot of BBC series based on what we have previously watched.

Imagine if Netflix had Hee Haw in it’s streaming TeeVee inventory. We can only hope.

Hee Haw is gonna be big in September, so there is hope that Netflix will spring some bucks to add some pickin’ and grinnin’ and offset the snooty BBC programming.

Hee Haw was one of the longest running shows in TeeVee history.

The citizens of Kornfield Kounty landed on television in 1969 as a summer replacement series for The Smothers Brothers Comedy Hour.

CBS couldn’t believe that the show would stick so they dropped the show in 1971. It entered syndication and made TeeVee history…

This fall, a 3 disc collection will be available – as seen on TeeVee…

These vintage episodes from the late 60s and early 70s, rarely seen since their original broadcasts, feature all the Kornfield Kounty regulars and their hilarious comedy plus country legends like Conway Twitty performing “Hello Darlin’,” Merle Haggard singing his classic “Okie from Muskogie,” Donna Fargo performing “Funny Face,” Tammy Wynette performing her #1 hit “Ways to Love a Man,” an unforgettable duet with Conway Twitty and Loretta Lynn performing “Pickin’ Wild Mountain Berries,” plus other country legends like Charlie Rich, Hank Williams Jr. and many other chart-toppers; gospel classics “I Saw the Light” and “I’ll Fly Away” with Tennessee Ernie Ford and of course, even more country classics from HEE HAW co-hosts Buck Owens and Roy Clark.

Hee Haw was the country corn-ball alternative to Rowan & Martin’s Laugh In.

Conceived as a rural alternative to Rowan & Martin’s Laugh-In, HEE HAW honed in on country music and rural Southern culture.

AND, get this! HEE HAW is getting the Broadway treatment with the world premiere of the new musical Moonshine: That HeeHaw Musical September 2 at Dallas Theater Center.

Set in present-day Kornfield Kounty, this highly anticipated show introduces a new generation of irresistible characters as it tells the story of Misty Mae, the ultimate hometown girl who heads to the big city and returns home with her slick city-boy beau.  Featuring an original score by Grammy® Best New Artist nominee Brandy Clark and Grammy® Award winning songwriter/producer Shane McAnally (two of today’s most critically acclaimed country music singer/songwriters) and a book by Robert Horn, the musical adds an exciting new chapter to the long-running HEE HAW story.

To get your very own HEE HAW moments, go to: 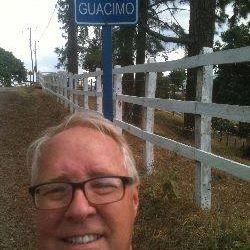