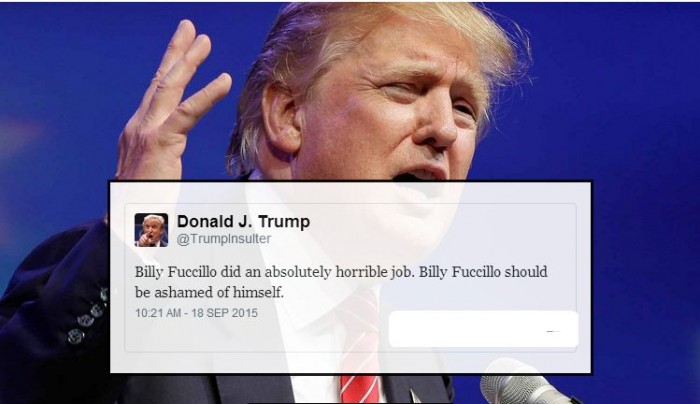 Comedy writers are making up stuff about Trump.

One of the words they use to poke fun at The Donald, hardly exists in Trump’s vocabulary: Huge. After exhaustive research… (I must have Google’d for maybe three minutes, going as deep as the second page from search results) looking for Trump saying Huge I only found this.

But he may not even be the first – or even the biggest blow-hard to use Huge effectively. That honor has to fall to Billy Fuccillo, the car dealer.

We watch southwest Florida teevee and he owns the airwaves there… but his aggravating commercials can be seen in the Northwest US too.

The two have a lot in common: