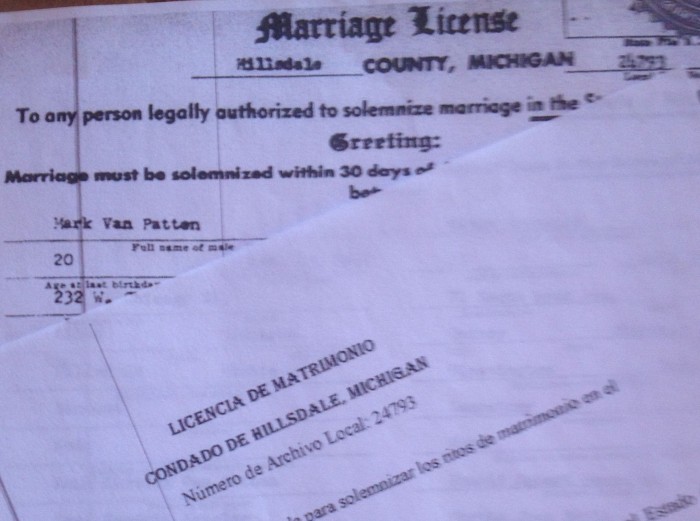 The brides and grooms are already married – to each other – so why this sudden interest in remarriage?

It’s not only for love.

Pat Wegner, the organizer of the event, wrote on her blog…

Never in my wildest imagination did I ever envision being the wedding planner for more than 70 couples!

Costa Rica changed of one of the requirements to be eligible for the government sponsored health care program.
This change created demand for weddings in Atenas and over seventy couples chose Valentine’s Day in the central park in Atenas to get (re)married.

The Caja Costarricense de Seguro Social (Caja), is the public health insurance system available country-wide to all citizens and legal residents.Recently expats found themselves faced with a new regulation which requires a married couple provide a copy of their marriage license if both participate in the Caja. The copy of the license can be no older than 30 days. If the license is from outside Costa Rica it most be apostilled by the issuing authority.  (An apostille is a form of authentication issued to documents for use in countries that participate in the Hague Convention of 1961.)

For expats who were married outside of Costa Rica, this means having to contact their government (by snail mail usually) get a copy of their marriage license, have it apostilled and mailed back to Costa Rica. Since mail delivery to the U.S. and Canada can take 2 weeks each way, the 30 day limitation by Costa Rica is impossible to meet. Additionally there is a fee involved. In China or Venzuela, getting a marriage certificate can be a daunting and expensive proposition. People from 100 different countries live in Costa Rica.
The new regulation is being challenged in the Costa Rica Supreme Court, but many expats couldn’t wait because their access to the Caja is due for renewal.
Rafael Valverde, an immigration attorney who is taking the case to the supreme court wrote on his blog:

“…while we know that people married in Costa Rica can comply with marriage certificate requirement, foreigners cannot. Thus, we are bringing the case to the Supreme Court under the equal protection clause of Section 19 and Section 33 of the Costa Rican Constitution.”

Caja allows same sex couples to have coverage – even though same sex marriages are not allowed. They also give coverage to common-law marriages but only for Costa Ricans.

When the new regulation took effect, the expat community was taken by surprise and a Facebook group soon was buzzing with suggestions.  The ideas ranged from waiting until the man who issued the Caja ID cards was on vacation to a “Wed-In” protest. 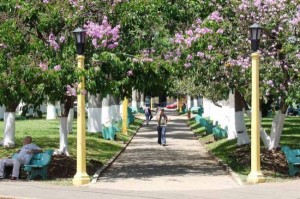 The expats, with  the advice from Valverde, decided that the Wed-In was a viable alternative. Because Costa Rica’s constitution does not allow protests by foreigners, the event was called The Great Atenas Wed-In Solution.

“Due to the discriminatory practices of CAJA against foreign residents, we are having a Mass Wedding Celebration with a Peaceful Solution for the CAJA Costaricense de Seguro Social requiring a new Apostilled copy of the original Marriage Certificates for all CAJA membership renewals. If you wish to join us in this celebration of love and marriage with a peaceful solution, your Costa Rica Marriage Certificate will be readily available at the Registro Nacíonal for all future CAJA membership renewals….”

Valverde is officiating. The participants will share the cost.  An expat couple offered their home for a “Wed-In” reception and fiesta following the ceremony.

Not everyone is convinced getting married in Costa Rica is legal, but Valverde says participants will simply sign a statement swearing there are no legal limitations prohibiting the marriage. Concerns have been expressed on how this would impact current legal documents such as Costa Rica driver’s license, real estate titles and original marriage licenses.

Nancy and I are not participating because she has hornswoggled her way around the system. That and the fact that she demanded a new “chocolate” diamond for the occasion. Since our 50th is coming up, I was silent on the matter. She’d rather take a Safari to see giraffes anyway!

Not everyone is convinced that this is a viable long-term solution, but in the land of “pura vida” (pure life) any excuse for a party is embraced by the expats.

NOTE: A hacker is trying to access this blog. If you see anything that looks *more* odd than usual, please do me a favor and drop a note in the comments or email me so we can track this sucker down and eliminate him.