Property is hot in Atenas Costa Rica – literally on fire.

It’s the dry season – very dry season, came on early and is staying late. Temperatures are higher than normal. Winds are higher than usual. This is the driest season in a long time. Scientists are referring to this year as a Double El Nino.

Fires are not uncommon because much of the land around Atenas is set aside as Nature Preserves. Once a fire gets started there are no barriers to fires spreading at will. Firefighters can’t or won’t fight the fires on the hills or in the preserve. Luckily they have stayed far away from us. We can smell the smoke if the wind is strong and in our direction. No houses have been damaged. 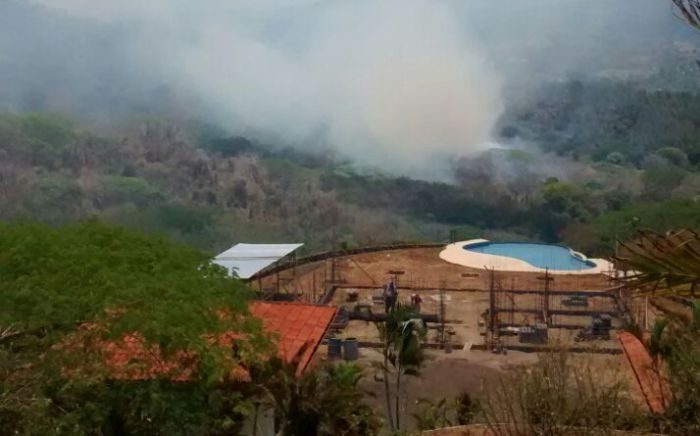