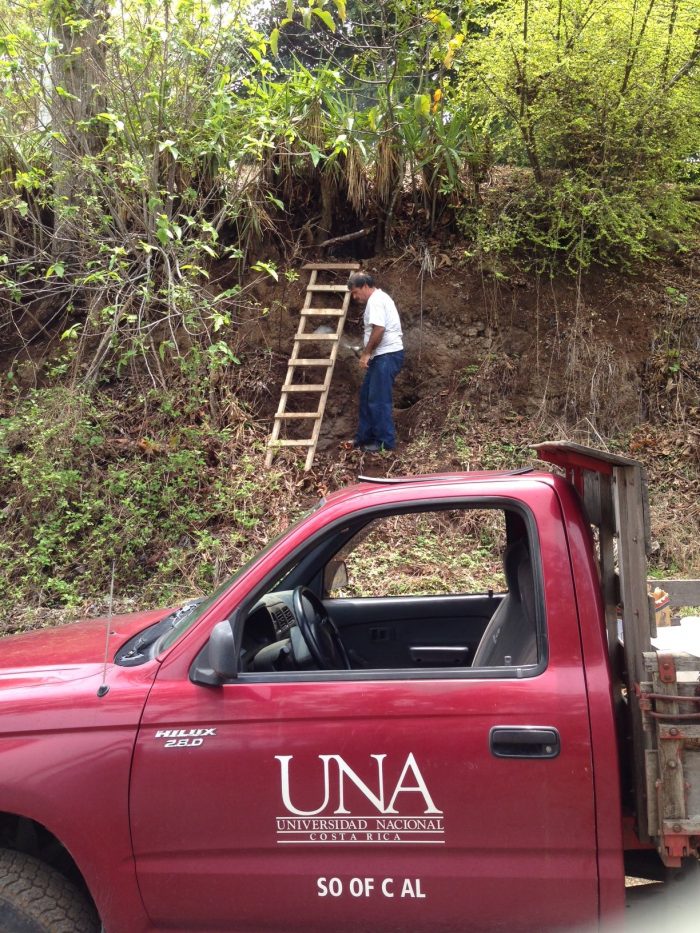 Bees were swarming around this guy the whole time. The hive is in the dark spot just above his head. 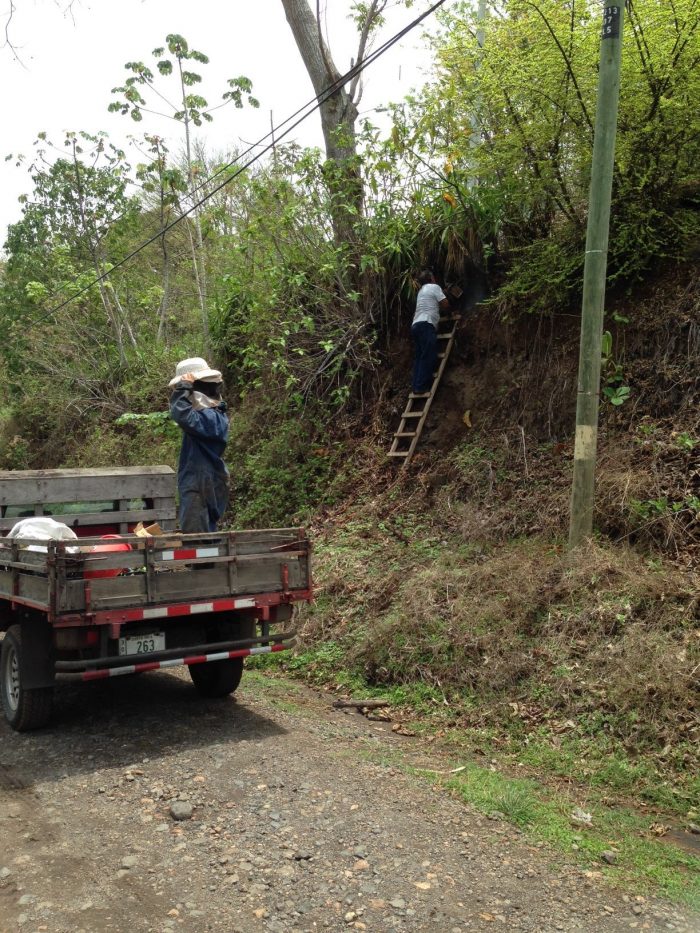 Just when you need a good beekeeper, they are looking at houses somewhere in the Smokey Mountains! Tom and Lee, who used to live in Atenas were beekeepers in their past life before moving to Costa Rica. They have since moved back to the U.S. just when we needed them.

Julio, the guy that installed our water tank, pointed out to us a bee invasion near the road a long way from our house. He said he would come get them someday because he was a beekeeper.

He waited too long.

A couple of guys in an “official” looking truck pulled up and asked me if it was OK if he took the bees because they were dangerous to people walking along the road.

Within a matter of 15 minutes, the bees were safely tucked away in a box on their way to God-knows-where.  The “boss” fired up a smoker, gave them a few puffs and reached in to remove the combs. He did this without ANY protection. His helper on the other hand, suited up in total protective garb!

We’ve been told that bees will also be relocated by local fire departments. 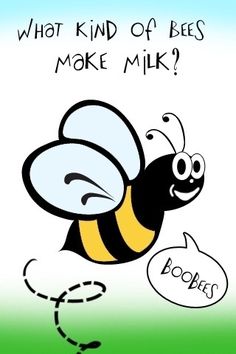