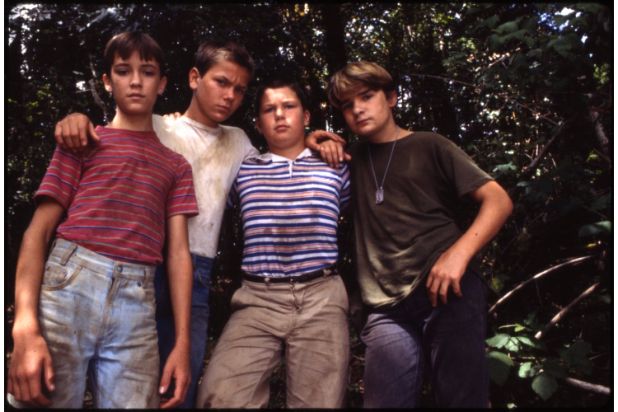 The movie Stand By Me was released thirty years ago. Without the searching for the dead body, my childhood was reflected pretty closely by the movie. It was set in the summer of 1959 – I was twelve years old in 1959. Naturally, it is on my list of favorites – one I’ll watch over and over, even if I join it in progress I’ll watch it to the end.

Stand By Me starred Wil Wheaton, River Phoenix, Corey Feldman and Jerry O’Connell played the group of friends. The cast also included Kiefer Sutherland and Richard Dreyfuss as narrator. (Just so you don’t have to google “who was the kid that was a looney” or “which kid loved Cherry Pez?”

My hometown was 300 population. We had the small array of stores as represented in the movie. Ruby’s general store, Fidler’s Hardware Store, the phone company was owned by Carl and Wilma… (my home phone number was 45.)

I was a nerd. Gordy was me, I was Gordy – except I wasn’t as talented and my older brother hadn’t died yet.

We built tree houses – not as elaborate as the movie version of course, we never quite got to that stage. We would get a platform built. That’s all we needed: a place to launch potatoes at late arrivers or intruders.

There were older kids that were “hoods” that hassled us.

We played cards, hearts – at the Standard gas station across from my house owned by Louie and Hortense.

We smoked cigarettes that I could sneak from my mother’s pack. The wheat/corn field next to our house was a convenient place to light up.

And we had adventures… but nothing like the boys of Stand By Me. The one that pops to mind is the weekend we spent camping at a local lake.

We got there by tractor with a clunky old trailer attached. Sure beats walking like the boys of Stand By Me. 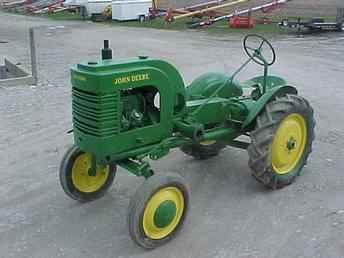 The tractor belong Richard’s dad… it was his “garden” tractor so he allowed us to use it for the weekend. The trailer had high wood slate sides so we all hung off the back or on the slats. Top speed for the tractor was probably 8 mph so falling off wasn’t a big deal. Jumping off and running ahead was fun for a while.

In Stand By Me They had a handgun, we had a bb gun!

We didn’t bother with a tent. We threw our bedrolls and some canvas in the trailer because it was a hot steamy July weekend. Any rain would be a thundershower that would pass quickly.

Getting there was more than half the fun. Once we arrived at the small lake, we attempted to catch our dinner by fishing. After we lost all our fishing worms to clever fish or throwing them at each other, we spent the rest of the day screwing around with rocks, tree limbs, fire, and the bb gun. 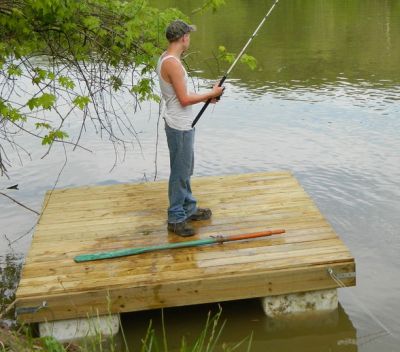 Eventually we grew bored and wanted to add to our adventure. We decided to swim across the small lake because there was a small store across the lake and up the road a little. Dinner!

Problem: Donnie didn’t swim. After a suitable amount of making fun of him and threatening to leave him/or throw him off the floating dock, Gary had a brilliant idea. We would unhook the dock from it’s anchor and push it -with Donnie aboard across the lake.

Yeah, those floating docks are heavy! And not steerable. After a few attempts which resulted in just spinning Donnie’s Dock around, we got coordinated enough to make forward progress.

Hours later we arrived at the other side of the lake and walked to the store – we did pool our money just like the boys of Stand by Me to buy some crap to stuff down our throats along with some bottles of RC Cola which launched a massive burp-o-rama that could have been the basis for the barf-o-rama like the film.

We made it back to camp after dark, after many yells of “shark” and fake drownings on the swim back.

The thunderstorm came and went as normal, but our cigarettes and matches got wet so no relaxing smoke or campfire.

Next day we loaded up and chugged our way back home. Remember the end of the movie?

I never had any friends later on like the ones I had when I was twelve.