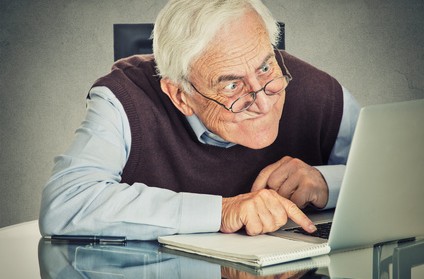 I used to really love new technology and what it could do to make my life easier. We had the fun electronic toys from Atari. Spent many hours bouncing a square of a rectangle to break other rectangles. (Breakout)

We moved up to a small “personal computer” that could access the internet via a modem. It had an “i” in the name but I forgot what it was called, (not IBM, not iMac) and it was small and cheap. Visited a lot of bulletin boards in those days.

I advanced our family to a Commodore and then progressed through the Apple Macintosh lines to the iMac.

At work, there was a Radio Shack TRS 80 that the guy I replaced bought and let sit in the corner. I taught myself VisiCalc and wrote a spreadsheet to figure out commercial printing quotes and handle billing to put the computer to work.

Soon after personal computers were SOP in business and I marched threw the Macintosh line because the owner of the newspaper LOVED Macs. Then Windows personal computers took over the business office. I loved it. I tried to learn as much as I could – or had time for- there was always somebody else that knew more than me, so I didn’t feel the pressure. As soon as it became a “chore” I just handed my problem off…

I learned HTML so I could “build” websites… I started this blog and changed the code in plugins and themes just for kicks. I eventually screwed that up so bad, I got a guy in Ireland to hand off too.

Now I don’t like technology – it’s too hard. I just want simple these days.

I’m using an old Dell desktop running Vista, a HP lap top running Windows 7 powers our tv and I have an Android phone. Nancy has a Apple iPad mini, Apple iPad, and Apple iPhone. I have two netbooks – one with Windows 10 installed that are just gathering dust.

I spend too much of my time updating operating systems and apps. Much of my frustration can be related to the sometimes painfully slow internet in Costa Rica – about 4 megs down, 1 meg up. And the age of the computers I’m on.

Yeah, it’s all related to age.

I’m ready for a personal upgrade.

UPDATE: the “computer” I struggled to identify was actually called an internet appliance! The i-Opener! Looking at the wiki, it was a pretty cool deal. Cost $99, but estimates were it was $300-$400 to manufacture.

Whew, struggled last evening trying to dredge up the name – try to use Google to find “computer maker with “i” in it’s name. Yeah, that worked well. NOT.

Sitting on the rancho listing to The Tech Guy the name just popped into my head. Maybe that upgrade can wait.