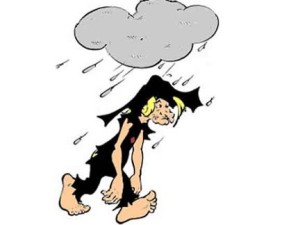 The first October (2011) we lived in Costa Rica, we had thirty inches of rain – in our yard – measured by my own rain gauge.

The first September (now) we lived in Florida, we rode out Hurricane Irma.

Dark clouds do tend to follow us when we move!

Luckily Hurricane Irma decided to take a right turn and go east about an hour before she was supposed to hit us. And she decided to fall apart. What was predicted to be a Category 4 or 5 going right over our heads, turned out to be a Category 2 or 3 that went east of us. Aside from a yard full of debris, we had no damage. We didn’t even lose power.

The storms in Costa Rica were much more dramatic. They came up quickly, got very dark, crashing thunder and lightning flashing all around was a typical storm. The rain would often come in huge cold drops so hard that living in a house with a tin roof, we literally could not carry on a conversation. Usually the storm would pass as quickly as it arrived – often come and go in an hour. Then the clouds would close in around us and we were surrounded by grey.

Hurricane Irma took FOREVER to arrive. We started prepping on Monday for a predicted Saturday landfall. We decided to shelter in place because Irma was predicted to go up the Urethra (as St. Todd DeCubbville says) of Florida. 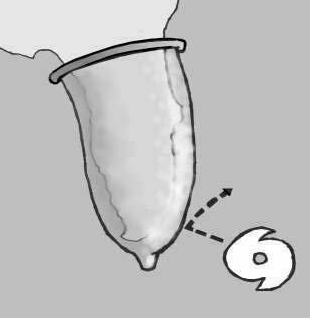 It didn’t seem to make sense to evacuate northward, when the path was northward.

Turns out we made the right lucky decision.

Once Irma made landfall, she took FOREVER to arrive in our neck of the woods. The waiting and not knowing what was about to happen was suspenseful to say the least.  The rain came in warm sheets blown by strong winds. It was project to hit our Charlotte County about dark. It did. We went to our safe space – the bedroom – put the two dogs in bed with us and waited it out.

Irma (Erma) is the Goddess of War.

Thank goodness she took pity on us newcomers.