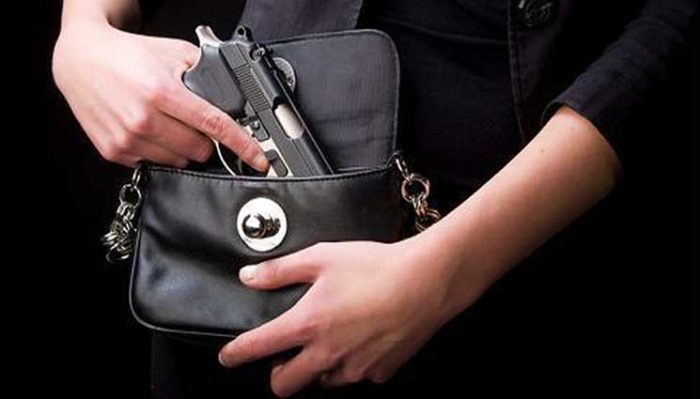 I’ve changed my position on concealed carry handguns in the U.S.

The more qualified, knowledgeable, and responsible people who carry handguns, the better.

Shortly after our move to Atenas, Costa Rica, a gringo shot and killed a tico home invader who was physically threatening a friend of the gringo.  It was VERY unusual because guns are strictly controlled in Costa Rica and therefore gun violence was very rare.

Word has it that after the gringo shot and killed the home invader he was treated like a conquering hero.  He couldn’t go into a coffee shop or bar without somebody buying him a drink.

He was a qualified shooting instructor. He knew how to handle a handgun. The only people injured were the bad guys. There was no way the local cops could have responded as efficiently and effectively as he did.

We need more people like him in the U.S. to protect those of us who don’t carry (or have every fired) a handgun.

He always carries a concealed handgun.

Does he need it?

In a podcast on The New York Times podcast, The Daily… he said…

He explains, that if you make a decision to carry a handgun, you need to commit to carry it all the time.

He says (and I agree) there are no safe spaces in America. He started feeling this way after the mass shootings in Colorado Springs, Sandy Hook, Virginia Tech, Las Vegas,  Sutherland Springs. From a small town church to a concert of thousands, there are no more safe spaces.

He uses the comparison of a guy carrying a wallet. If you don’t carry it one day, it feels odd. And the day you need it, and don’t have it… therefore a commitment must be full.

He was motivated by the Luby’s restaurant mass shooting.  A young chiropractor was taking her parents to the restaurant. At the time, it wasn’t lawful to carry a handgun in Texas, so she left her gun in the car, instead of in her purse where it normally would have been. She feared she would get arrested for carrying a weapon and lose her license or even go to prison.

When the gunman opened fire, she thought:  “I got him.” She reached for her purse and realized the gun wasn’t there. She watched him kill people. Including her parents.

Could she have shot and missed? It is possible her gun would have jammed? Sure, she says, but she also says she has shot and hit much smaller targets further away.

But her government took away her right to try to protect her family.

Here’s the key point… you can’t confiscate every semi-automatic firearm in America. It’s impossible. There are 5 million ARs. So what to do?  Change the dynamic.

In every single instance of the mass shooting there was one common thread, the shooter was in COMPLETE control. Calmly walking around killing people.

But it’s a last ditch maneuver. It’s not a perfect solution, but I’ve come to the conclusion that we are at the place where a “last ditch” maneuver is the only one left.

So that’s the point at which we find ourselves. There are not enough cops or security guards on the street to protect us. We can only hope that qualified, knowledgeable, responsible citizens will have concealed carry handguns to change the dynamic and make the next mass shooter think twice before unloading a weapon on innocent people.

If you want to hear the complete interview, it’s here:

Jerry Patterson, who wrote the 1995 law that gave Texans the right to carry concealed weapons.

It starts about 8 minutes in.