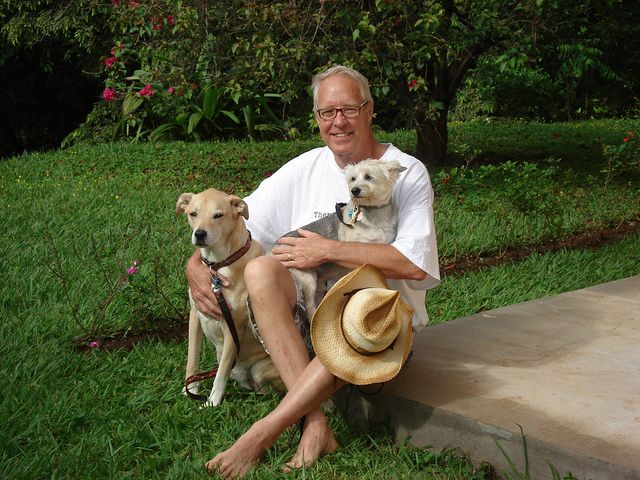 Me, Sedona and Derby shortly after arriving in Costa Rica.

There’s a chance that we’ve all been misled about retirement. If you follow the narrative that’s commonly touted in movies, television shows, and in the media, the world is a young person’s game. People in retirement are seen as being out of the picture, past their best, and often joyless, especially when compared to their younger selves. But is this true? We don’t think so — there’s much to love about growing older! You will, however, need to take some steps to ensure you can live your best life. We take a look at a few ways how below.

You have time and money when you’re in retirement, but the catch is that your body is beginning to break down a little; it’s just the natural way. However, though you can’t retain the level of fitness you enjoyed when you were younger, that doesn’t mean you have to accept whatever nature throws at you. You can keep your energy and health-levels up by engaging in regular exercise. Just 15 minutes a day is enough to keep you mobile. Yoga is also outstanding on this front; it’ll make your body feel like it is supposed to feel.

People tend to make all their big plans in life when they’re young. Then they fall into a routine, and when retirement rolls around, the big stuff has been put away for good. They’re still doing good stuff, but it’s not groundbreaking. But with a little bit of effort and a push, you can bring big plans back into your life. Is there an adventure you’ve always wanted to have? Do you want to see what you’re capable of? The world moves forward when people challenge preconceptions.

Free up Your Time

We have more time in retirement than we did when we were working, sure, but it’s not as if we’re living a life of leisure. There are still responsibilities we need to handle, such as cleaning the home and preparing meals. They eat into our time, but more importantly, compromise our energy: we have to exert ourselves to complete these tasks, which means we don’t always have enough in the tank to do other things. As such, it’s worthwhile investigated ways to free up your time. There are meal kits for seniors, for example, which will reduce the amount of time you’re spending in the kitchen. If you have money in the budget, you may also consider hiring a cleaner — they can be highly affordable, and they’ll eliminate one of your responsibilities entirely.

Finally, remember to stay involved in society. This does become harder as we age, since we’re less plugged in with what’s going on, but all it requires is a little bit of effort. If you have sons or daughters, then involve yourself in what they’re doing; they’ll be happy to have you around. You can also look at developing a new friendship group — it’ll push you towards having new experiences, and will also keep loneliness at bay.