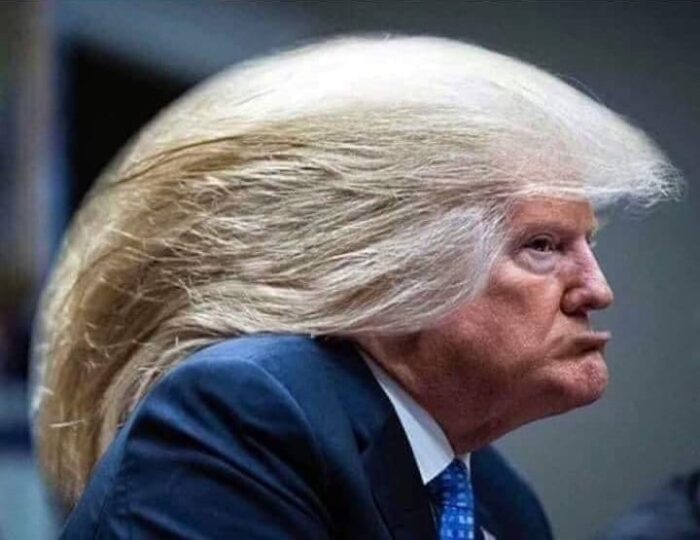 Every noon, about twelve o nine you could see him arrive

Kinda broad in the middle and around the hip

Nobody seemed to know where Don called home

He just drifted into town and stayed all alone

He said a lot, a loudmouth guy

And if you listened at all, you just heard shit from Big Don

Somebody said he came from Queens

Where he got in a fight over a bankruptcy lien

And a crashin’ blow from a tiny right hand

Then came the day at the bottom of the DOJ

When a case cracked and men started cryin’

And everybody thought that they’d breathed their last, ‘cept Don

Through the Covid and the recession of this man-made hell

Walked a spineless man that the staffers knew well

Grabbed a saggin’ Russian, who gave him a loan.

And like a puny little sap he just stood there alone, big Don

And with a mighty curse he found his chauffeur

Then he cried out “but I got bone spurs.”

And twenty men scrambled from a would-be grave

Now there’s only one left down there to save, big Don

With severance and dark money, they left him alone.

Then came that rumble way down in the ground

And then smoke and gas belched out of that mine

They just placed a gilded stand in front of it

These few words are written on that stand

At the bottom of this mine lies a big, flim flam man